A Brief History of Oriental Rugs
We Clean, Repair and Appraise Rugs 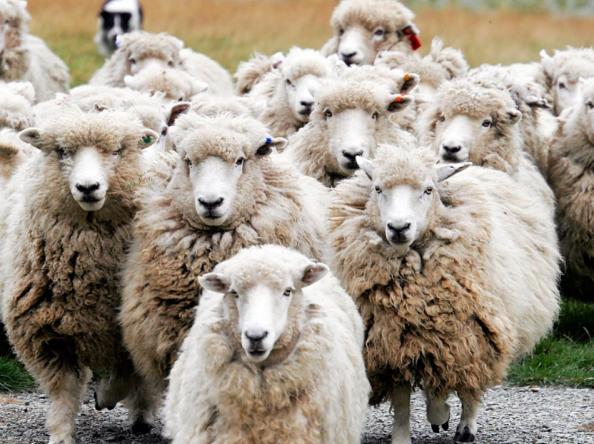 Oriental rugs as we know them today were invented by nomadic tribespeople in Central Asia. Originally they were used as blankets, floor coverings, even the walls and ceilings of the yurts which provided shelter to nomadic tribes. In stark contrast with the violent histories and difficult existence of the tribes which produced them, the weavings themselves reveal an extraordinary artistic heritage.

What is an Oriental rug today? For us, any rug made by a human tying or weaving one knot at a time, usually out of wool is how we define an Oriental rug. When a loom is put to use often a drawing of the rug is put behind it (or underneath it if it is a ground loom). Warp strings are set up vertically and weft strings run horizontally. These warp and weft strings can be made out of wool but usually they are cotton. Now the weaver takes wool yarn that has been washed, carded, spun and dyed, and ties one knot at a time to construct the carpet. Every knot is a different size.  At the end it is blocked, sheared, washed and is ready to go to market.

A good hand knotted rug is the sum of many parts. It must start with good wool which is rich in lanolin. The wool must be washed and carded. If it is done the old fashioned way this is accomplished with two wire brushes resembling dog brushes. The process puts all of the wool fibers running in the same direction. Then the wool is spun into yarn. Again if it is done the old fashioned way by hand (as opposed to a machine) every piece of yarn is comes out with a different thickness. These “imperfections” in the wool from hand carding and hand spinning ensure that when it is dyed there will be a variation in color. The yarn will not be one solid color but have a rich variation of shades which adds greatly to the visual texture of a rug. In the final product this is called “abrash” and is highly desirable to rug collectors and dealers. The colors in the rug will vary. In addition , different batches of yarn will be slightly different, all showing up in the finished rug. This is what all oriental rugs looked like before the 1880’s and the industrial revolution. Up until the late 19th century all rugs were made from vegetal dyes, a direct link to the ancient nomadic way of life. The indigo plant produces blue. The madder bush red to soft pink.  Saffron and pomegranate produces yellow. Perhaps the fact that a rug takes several experts many months of hard work along with all of the “imperfections” created by the process is what can give them a magical and alluring property when placed in a home. If everything comes together (good wool, beautiful dyes, expert weaver and a great harmonious design) it can impart a lifelike quality similar to an original oil painting or sculpture.  This can create a wonderful effect on the eyes and brain of you, your family and friends as they enter your space.  Among other things a hand knotted rug can add life, light, warmth, rhythm and harmony to a room which can create a wonderful, relaxed environment to live in and visit. This should be reason alone to choose a hand knotted carpet over any machine made or tufted rug; but wait, there are more, so many more.

With the industrial revolution came the invention of machines to card and spin wool which had the effect of making every strand of wool into the same size. When uniform wool is dyed every strand takes the same exact color.  All of the major rug producing countries including Iran, Turkey, India and China quickly employed these machines. In addition chemical dyes were invented at this time to bypass the tremendously laborious and time consuming task of producing vegetal dyes. Rugs were now being made in city workshops to provide carpets to the Western market and its increasing middle and upper classes. By the 1920’s the old fashioned way of making rugs was almost extinct. For the next 60 years or so the Persians, Chinese, Turks, Indians and everyone else cranked out mass produced rugs made from machine processed wool and synthetic dyes. For most of the 20th century this was all Americans knew of the rug market. Anyone can identify these 20th century rugs by their dark, heavy, solid navy blues, electric aniline reds and occasionally some orange or green thrown in. In fact many people still prefer them because that is what they grew up with in their grandparents’ home. Here at the store people are always coming in with a “valuable” Oriental rug that was handed down to them. They are looking to have it appraised or sell it. I try to let them down easy. Nine times out of ten it is one of these 20th century Persian rugs with the machine processed wool and chemical dyes. They have very little value. I try to explain to them that the only rugs that hold their value and appreciate are vegetal dyed rugs. The Persians can no longer fool us. A rug renaissance occurred in the 1980’s which has resulted in rugs now being available from hand carded and hand spun wool and vegetal dyes. Many of these rugs are as spectacular as the valuable antiques in museums and collections and will certainly be the valued antiques of the future.